The publication deals with the small Bertramka estate in the Smíchov district of Prague, highly regarded as an important Mozart memorial site in Prague, and with the long history of its construction. The oldest historical record is of a hut in a vineyard, which during the course of the centuries was gradually transformed into a summer residence. In 1783 it was purchased by the singer Josefa Dušková. In the 19th century, two rooms where the composer was supposed to have stayed were furnished as “Mozart rooms”, but this was on the basis of quite mistaken ideas which did not correspond to the historical facts. A major reconstruction was undertaken after the destruction of the original shingle roof in a fire in 1872. Further extensive building alterations took place during the Second World War, when the Reichsprotektor’s Office decided to make use of the 150th anniversary of the death of the “great German genius Mozart”, which occurred in 1941, to demonstrate “how strongly the region of Bohemia and Moravia was dominated by the German spirit”. Evidence of the difficulties involved in opening an exhibition in the “Bertramhof” on the eve of the anniversary of the world premiere of Don Giovanni (which took place in Prague) on 27 October 1941, has been provided by a newly discovered contemporary film report “on the reconstruction of the Bertramka”. For a long time, virtually no documentation of the building work that took place at that time was known to have existed. It was not until June 2018 that the leading German musicologist Prof Dr Manfred Hermann Schmid (University of Tübingen) made a very valuable discovery, thanks to studying the correspondence between his father, also a musicologist, and the latter’s fellow musician in an amateur quartet, the professor of architecture in Munich Georg Buchner. In the material left by Buchner on his death, preserved in the Museum of Architecture of the Technical University in Munich, Schmid discovered more than 100 hitherto unknown drawings and building plans of the Bertramka from 1925 and 1941/1942. The music lover Buchner created them as part of his long-term project Mozart and Beethoven Sites in Salzburg, Prague, and Vienna, in which he also involved his architecture students. On the basis of this discovery, Schmid launched a research project in cooperation with Milada Jonášová from the Institute of Art History, Czech Academy of Sciences, which was supported by a Strategy AV21 grant. The outcomes of the project were an exhibition held in the Bertramka villa in cooperation with the Mozart Society in the Czech Republic, and a one-day international academic conference on Die Bertramka – ein deutscher Blick (1942), which took place in the Bertramka on the opening day of the exhibition. Ten researchers took part in the conference, coming from the Czech Republic, Germany, and Austria, and successfully combining research from the fields of history, musicology, and art history. The results of all these activities are brought together in the book Die Villa Bertramka. Facetten der Geschichte einer Mozart-Gedenkstätte in Prag / The Villa Bertramka. Facets of the History of a Mozart Memorial in Prague, the publication of which was supported by the Czech-German Fund for the Future and the Editorial Board of the Czech Academy of Sciences.

The first section of the book is devoted to Georg Buchner (1890–1971), nephew of the sculptor Josef Flossmann, who was one of the founders of the Munich Secession. Buchner was such an excellent draughtsman that he did not have to serve in the armed forces during the First and Second World Wars, but was entrusted with the documentation of military heroism through his drawings. In 1931 he was appointed Professor at the Academy of Applied Arts in Munich. Because he managed to avoid becoming a member of the Nazi party until 1938, at that time he was only allowed to design sacred buildings as an architect. Buchner’s life and work are examined in articles by Manfred Hermann Schmid and Irene Meissner, together with the memories of Rupert Buchner, who is Georg Buchner’s grandson.

The second section of the book contains: a catalogue of 64 drawings and plans of the Bertramka by Buchner; a critical edition of his lecture Prag als Stadtbild [Prague as the Image of a City], the first version of which he probably compiled in 1943 with the help of Oskar Schürer’s book Prag. Kultur, Kunst, Geschichte; and a catalogue of 20 drawings and watercolours of Prague by Buchner.

The third section consists of 54 contemporary photographs of the Bertramka from the 1920s up to its reconstruction during the time of the Protectorate.

The fourth section contains papers presented at the conference on the changes made to the construction of the villa (Klára Mezihoráková), the wall paintings in the building (Martin Mádl), the Mozart celebrations and building alterations in 1941 (Milada Jonášová), contact between the Stiftung Mozarteum in Salzburg and the Bertramka during the period of the Protectorate (Armin Brinzing), Oskar Schürer and his connections with the Czech lands (Tomislav Volek), the German-speaking historiography of art in the Czechoslovak Republic in the 1930s and 1940s (Jiří Koukal), and the vineyard holdings in Smíchov in the 18th and 19th centuries (Kateřina Samojská).

The fifth section contains a critical edition of a German-language work on the history of the Bertramka written by its administrator Jaroslav Patera in 1941/1942, a typescript of which has been preserved in the Biblioteca Mozartiana in Salzburg.

This new book about the Bertramka, to which both musicologists and art historians contributed, represents an addition of fundamental importance to our previous knowledge of the construction history of the Bertramka. 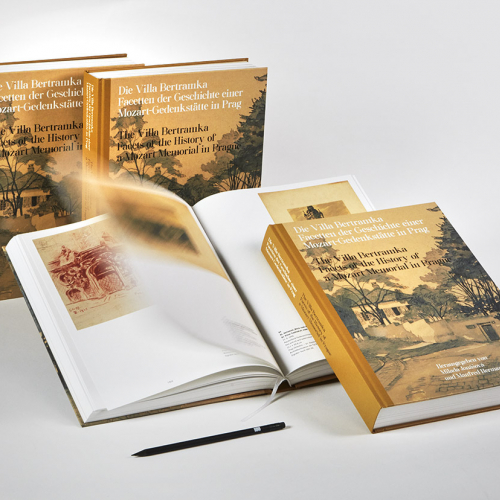 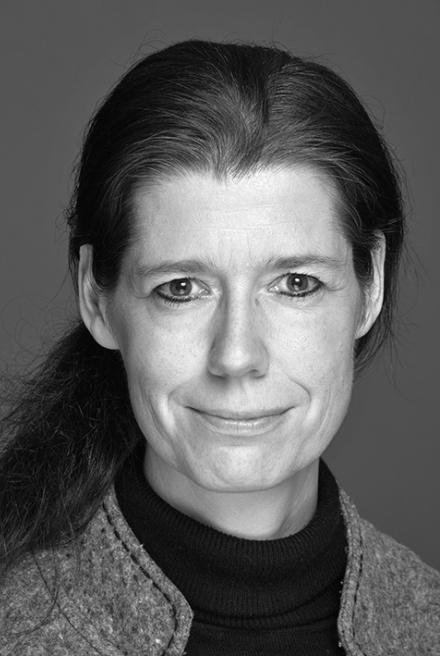