The exhibition commemorates the life, work and legacy of art historian Max Dvořák (1874–1921). He was born in Roudnice nad Labem, studied at the turn of the 20th century and then worked professionally at the University of Vienna. Along with Alois Riegl, Franz Wickhoff and others, Dvořák is therefore considered to be the leading representative of the so-called Vienna School of Art History, which in a fundamental way determined how art history was studied and protected in Central Europe in the 20th century. Dvořák developed the research principles of the Vienna School in a new way, and art historians turned to his art-historical research, and still do, 100 years after his untimely death in 1921.

The exhibition in the Window Gallery, the windows of the library of the Institute of Art History of the Czech Academy of Sciences, is freely accessible from Na Perštýně and Husova Streets. 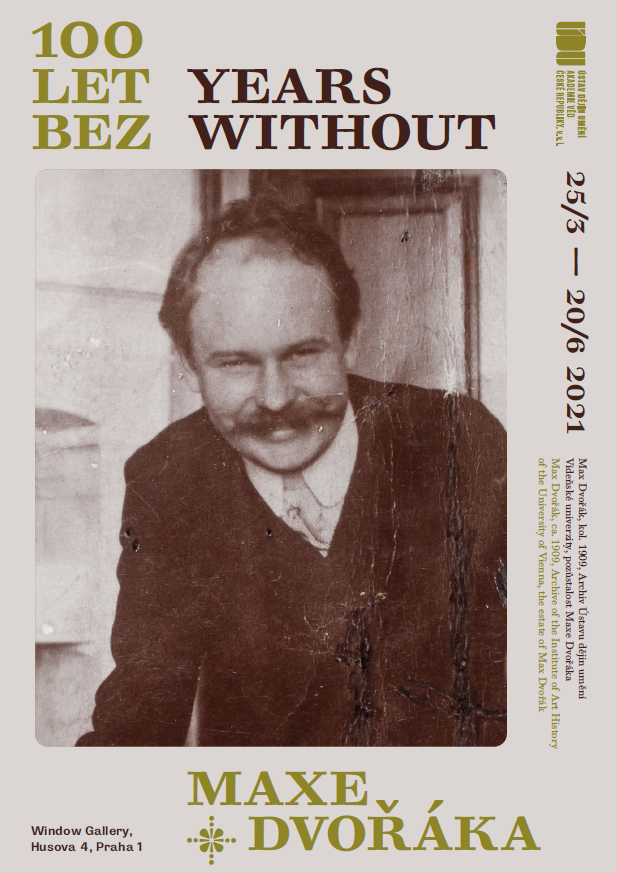